I got this idea from Barda Book Talk so go check out her post if you feel so inclined.

Any book lover will tell you that there are multiple books that have shaped their lives and point of view. I can tell you where and when I was when I read certain titles for the first time. Like One Hundred Years of Solitude on a beach in the Philippines or Gulliver’s Travels in a dorm room in China. Or Jane Eyre in a backyard in Roberts Creek. Here are some of the major reads of my life:

The story in my family is that my dad read this to my brother and I as a bedtime story when I was about three. His rational was much like mine when it comes to reading to Pearl – this was what he wanted to read.

Njals Saga is a story of blood feuds in Iceland, starting around 960 AD. It tells of the arrival of Christianity in Iceland and the development of the judicial system. There’s lots of family insults and killing. Of course, I have no recollection of hearing this story as a toddler but I think it encompasses nicely the way books and reading were approached in my family. Reading was important, books were valued, and I was never told that any book was out of my reading ability. If I wanted to read it, I was allowed to try.

I came back to Njals Saga in university when I studied Medieval History and wrote my final paper on the book. It felt quite fitting.

This was the first full chapter book I ever read by myself. I remember getting it out of the library in grade one and how thrilling I thought Lassie’s adventures were and how proud I was of myself for reading such a big book. A few years ago I spotted this copy – identical to the one from my elementary school library – in a used bookstore and had to bring it home to commemorate that first novel.

Plus, as a kid, I loved stories about dogs having adventures. Just loved them.

The Hobbit by J.R.R. Tolkien

Tolkien was practically required reading in our household. The Hobbit remains as one of my favourite books. In grade three, I dressed up as Bilbo Baggins for Character Day at school and won a prize (stickers). In retrospect, I think I got that prize more for having read The Hobbit at the age of eight than because my costume was so spectacular.

In the Skin of a Lion by Michael Ondaatje

If you asked me today what my favourite book is, In the Skin of a Lion would be my answer. I love Michael Ondaatje’s writing and this was the first novel I read by him and is still my favourite. I love his poetic style and the way he winds characters and their stories together.

I read this one for the first time in a first year English course on Canadian literature. (I wrote a paper about Ondaatje’s use of light and I can’t remember a thing I said.) This is the same copy that I bought in the university book store way back then and it’s been well-loved and well-read since. 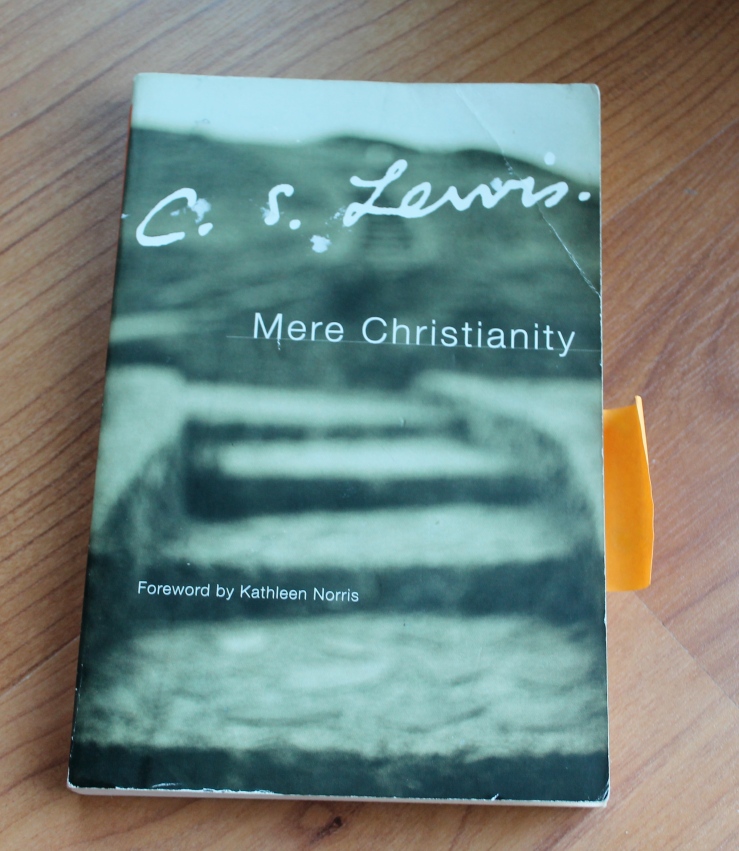 I tossed around a few ideas for my fifth choice but as soon as I thought of Mere Christianity, I knew it was the right pick.

If I’m reading non-fiction, it’s most likely to be a theological work. As a Christian, I believe it’s most important to read and study the Bible but I also think it’s important to read the works and writings of those more learned in the faith. Although Lewis never called himself a theologian, his writings have probably been more influential to how I think and talk about Christianity than any other author. (This includes his Narnia series and his science fiction trilogy.) Mere Christianity remains one of the best outlines of Christian faith to be had.

4 thoughts on “My Life in Books”