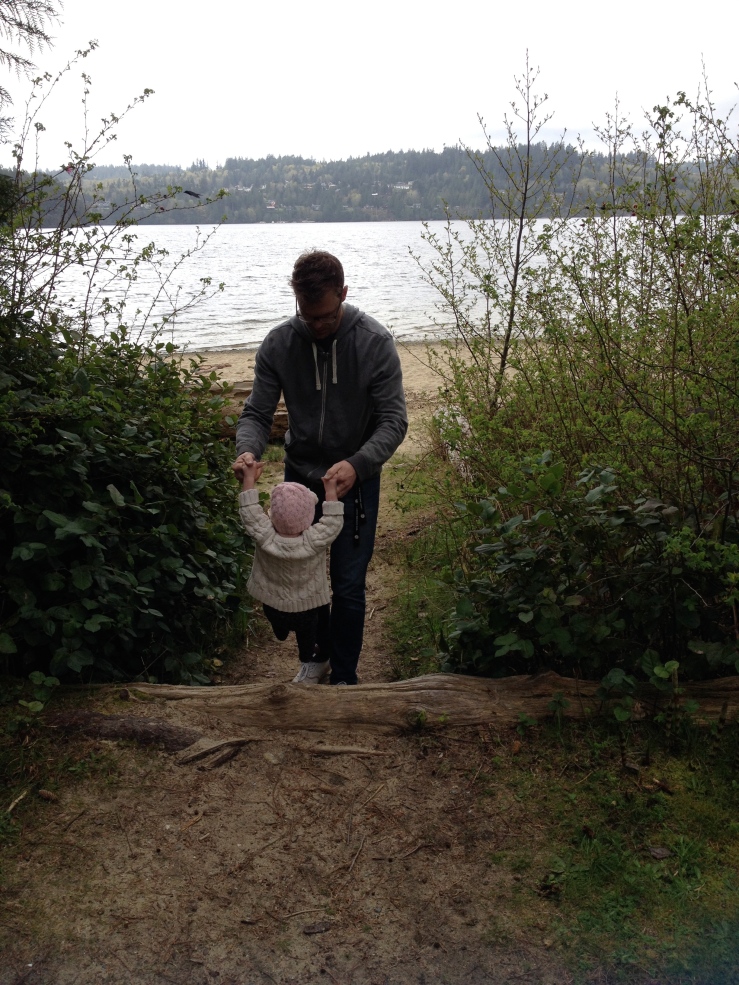 There is this thing our society does where we treat fathers like fools. You see it on television – in sitcoms, especially – you see it in advertising, in common attitudes, or references to dads “babysitting” their own kids. It can be easy to slip into among the moms at the playground. As if it’s a way to bond – our bumbling husbands, bless their hearts, they don’t know what they’re doing.

Here’s a truth that I have learned in my almost sixteen months of parenting: I am exactly as experienced and qualified for this role as my husband is. (In fact, you could argue that I’m much less qualified because Peter’s actually undergone extensive education re: dealing with children.) The only reason I probably know more about our daughter’s day-to-day habits and needs is because I am the parent who spends more hours in the day with her. And that’s primarily because I’m the parent who has the biological ability to feed her from my own body and I’m the adult in the household who made less money. There’s nothing about me as a person – and certainly not my gender – that makes me a better parent than him. He’s a fantastic father. If I didn’t believe that wholeheartedly I wouldn’t have chosen to have a child with him. If I didn’t fully believe that he was capable of raising our girl on his own, were something to happen to me, I wouldn’t have embarked on this parenting adventure with him.

Neither of us really know what we’re doing. We’ve both put diapers on backwards and been peed on. We’ve both thrown her up in the air just a little too soon after a meal. We’ve both watched her eat food off the ground and thought, “Eh, that’s probably clean enough.” We’ve both comforted her after a fall. We’ve both made her laugh uncontrollably by doing something ridiculous like putting a bucket on our head or running back and forth between windows to wave at her. She gets super excited when either one of us comes home from work. (Though, if I’m being honest, Pearl gets more excited when Peter comes home.)

Let’s reject the jokes, the clichés, the tired old stories that say dads can’t do this. Let’s find other ways to bond with each other, women, maybe by swapping stories of the times your husband gets up in the night. Or the day you were too sick to get out of bed and he took care of everything uncomplainingly, including making you peanut butter toast and smoothies because it’s all you could stomach the thought of. (True story) Let’s expect more of each other.

Let’s celebrate the dads who get the job done. The ones who are quietly and steadfastly raising kids, who partner with their wives, without whom things wouldn’t be the same. The dads who stay home each day and support those working moms. The dads who go to work each day and come home to scoop up their kids and ask eagerly what everyone did that day. The dads whose eyes light up when they wave at their little girls from the driveway. Let’s celebrate the dads that hold up our families. Let’s acknowledge that we need those dads, that they are vital to our families, and let’s be thankful for the men in our lives who fill those roles so amazingly. I know I am. 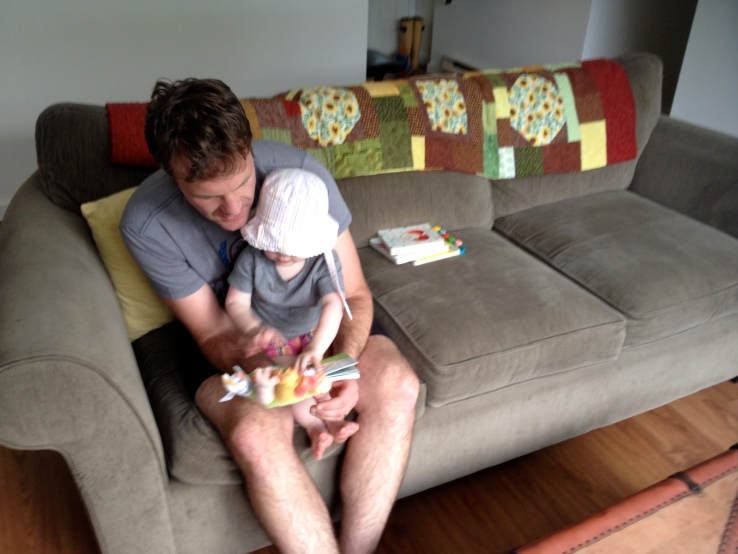